I did a brief Google search to figure out what people wanted to know about the Norse trickster god, Loki, and Sigyn, his wife. What I found was pretty surprising. It turns out the most common Loki and Sigyn content on the web is fanfiction about the Marvel character, Loki and original character designs of his wife, Sigyn! My interest is piqued.

I'm never one to yuck anyone's fandom yums, so let's look at their relationship from historical sources, and then check out how they're portrayed in the Marvel comics.

The most well-known mention of Sigyn in the Poetic Eddas by Snorri Snurlson is as the cup-bearer who catches the poison that would fall on to her husband's head, as he serves out his eternal punishment. As with so many of the gods and goddesses of Norse mythology, we only know so much about Sigyn (pronounced like SIG-in). And very little of what we know has to do with her life before Loki. Her name is said to mean something like, 'friend to victory,' or, 'victorious friend.' She is also one of the oldest-known Norse goddesses-- in fact, she appears in the 9th-century poem Haustlöng.The poem itself isn't about Sigyn, but she's mentioned in it. Haustlöng predates the story of the killing of Baldr, which is the other tale Sigyn plays a large part in, by about 400 years. From this, we can deduce that Sigyn was not merely invented to be Loki's loyal wife. She existed long before this and could have even come from a Germanic pagan goddess from centuries before.

Sigyn and Loki have two children together, Narvi and Vali.

Loki and Sigyn: Together Forever

You probably know the tale of Loki's punishment for killing Baldr. After tricking blind Hod into throwing a spear made of mistletoe at the beautiful and beloved Baldr, Loki is condemned to be bound to three great rocks and held in a cave below the Earth until Ragnarok. Over his head, a venomous serpent sits, dripping venom on to Loki's head.

But loyal Sigyn is there, holding a bowl to catch the venom. But when she has to dump the venom out, a drop or two sometimes falls on to Loki's head. He starts writhing and screaming in pain, which causes earthquakes.

Knowing the history of Sigyn's fidelity to her husband, none of this should surprise you. Her job is neither fun nor exciting, and it's not even particularly comfortable. Many artists who have drawn this scene always take care to show that both gods are uncomfortable. They're often shown in ridiculously contorted poses.

When you realize that they are supposed to sit this way until the literal end of the world, it gives more credence to Sigyn's unending loyalty. It's also a great reminder that two people who are bonded in marriage should be willing to go to great lengths to help their partners, even in the direst of circumstances.

This was another BIG search term that showed up during my research. Does he? Loki is god of mischief and is often touted as a villain. But does that mean that he's incapable of love? And furthermore, is he capable of loving Sigyn? Let's look at what we know.

Loki and Sigyn have two children together, this is true. But Loki was also married to the giantess Angrboda, who bore his three other (and arguably more famous) children: Hel, Fenrir, and Jormungandr. Some people say that his marriage to Angrboda was his first marriage, but the surviving texts don't actually ever mention that. He also had numerous affairs with men, women, and even a horse. That doesn't fit our modern idea of a faithful and loving marriage. But there's also no mention anywhere of Loki being forced to marry Sigyn. And the fact that she was a goddess in her own right for centuries before being mentioned as Loki's wife shows us that she, like Frigg and Freyja and many of the other Aesir and Vanir goddesses, had some agency. So maybe they did marry for love.

It's also important to remember that love is a very complicated emotion. Just because he was unfaithful to her doesn't mean he doesn't love her. People who are unfaithful can still love their partners. They could also have an agreement in place about who they can share their bodies with. And like so many people assume of Angrboda, these relationships could have even existed before his marriage to Sigyn.

For that reason, we can't tell if Loki loved Sigyn. And for that matter, we can't tell if Sigyn actually loves Loki, either. She is a goddess, not some mindless drone meant to serve her husband. She has her own agency and will, and she chose this life for some reason that is private to her. All we know is that she is faithful to him in all the ways she can be.

Obviously, Loki is a Marvel character. But did you know the Sigyn has her own place in the world of the Avengers? Marveloffers Sigyn a larger role to play than her historical one. When she first meets Loki, he is head-over-heels in love with her. But she's engaged to be married to one of Odin's Crimson Hawk warriors, named Theoric. Pulling a classic Uther Pendragon, Loki arranges to have Theoric murdered, then disguises himself as the Crimson Hawk for their marriage. After the ceremony is complete, he reveals himself to not just Sigyn, but the whole community of Asgard.

While the other gods, including Odin, wanted to annul the marriage, Sigyn agreed that the marriage was binding. For this, Odin made her the goddess of fidelity. And she is, indeed, a very loyal wife. While she doesn't always agree with Loki or what he's into, she does everything she can to keep him safe and free from the other Asgardians.

What do you think of Loki an Sigyn's relationship? Is it true love? Was it an arranged marriage? And what of Sigyn's fidelity? What have you and your partner endured together? Tell us in the comments below or share on social media! We'd love to hear from you.

And if you're looking to celebrate your own faithful partner, why not get them a customizable drinking horn in honor of Sigyn? We can engrave just about anything-- all you have to do is ask! 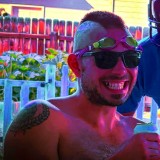 I am seriously just now realizing the similarity between this myth and the TV series “Vikings.” Floki is punished for killing Ragnar’s home-slice Athelstan. His punishment: locked under the earth for days on end, bound to stand constantly, drops of water slowly falling on his bald head all the while.

I think it’s no coincidence that Helga, his special f@cking lady friend at the time, stands near-constant vigil with a bowl or a rag or something, in an effort to stop the drops from driving Floki (even more) mad.