These deals end in...

Deal of the week

This bundle saves you 15%

Enjoy two hot horns with someone close to you. Top it off with two curved shot horns with spectacular finish. These hot mugs are double reinforced to withstand hot liquids like coffee. Beautiful natural ox horns with a glistening coat.

*Select your drinking horn sizes when you click the button

About The Coffee Horn

About The Viking Wall Art

This badass wall art is a brand new addition to our product offerings --- choose between the...

Norse Tree of Life (Yggdrasil).An immense tree that is central in Norse cosmology for the super-incredible and super-inspirational power of nature.

Viking Compass (Vegvisir): a symbol of guidance and protection.Vegivisir translates into “the wearer of this symbol will not lose his way during storms and bad weather, even if he does not know of his destination”.

Both with a Matte Black Finishand made from only the best carbon steel in the USA.

Whether you hang it up in your bedroom, living room, or garage you will always love looking at this masterpiece art.

Required:Requires you to place a nail on the wall

Required: Requires you to place a nail on the wall


Hand of the King bottle opener

Bottle opener designed for the Game of Thrones enthusiast. Oversized and modified emblem of the “Hand of the King". A Welcome Addition to Bar or Man Cave


About The Grand Ox Mug

Don't settle for any drinking horn. Get the best horn on the planet. Not only is this horn more durable but the look and feel are the best in the world. The increased beauty and durability make this tankard the gold standard.

These huge, polished, and ethically sourced Ox horn has all of the beauty of nature built right into the grain and color of the product. Though each horn is totally unique and different, they all have a black and white pattern that your eyes crave.

All-in-on heat compressed construct so you have an exquisite tankard made entirely from one horn. Unique only to you 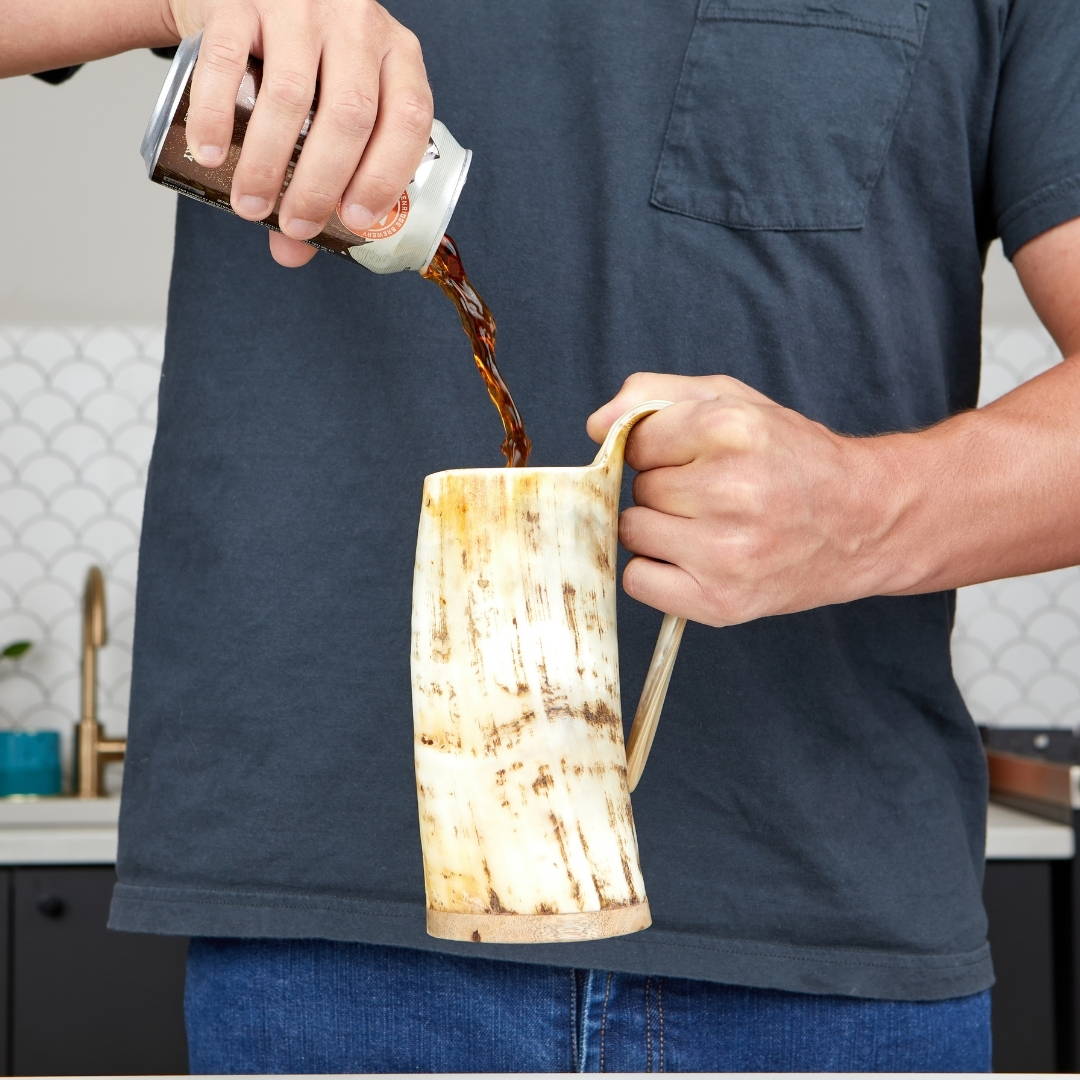 The T-shirt for any Viking.

Super soft cotton blended with soft alternative materials. an excellent quality printed t-shirt that allows you to bleed Viking no matter your heritage. 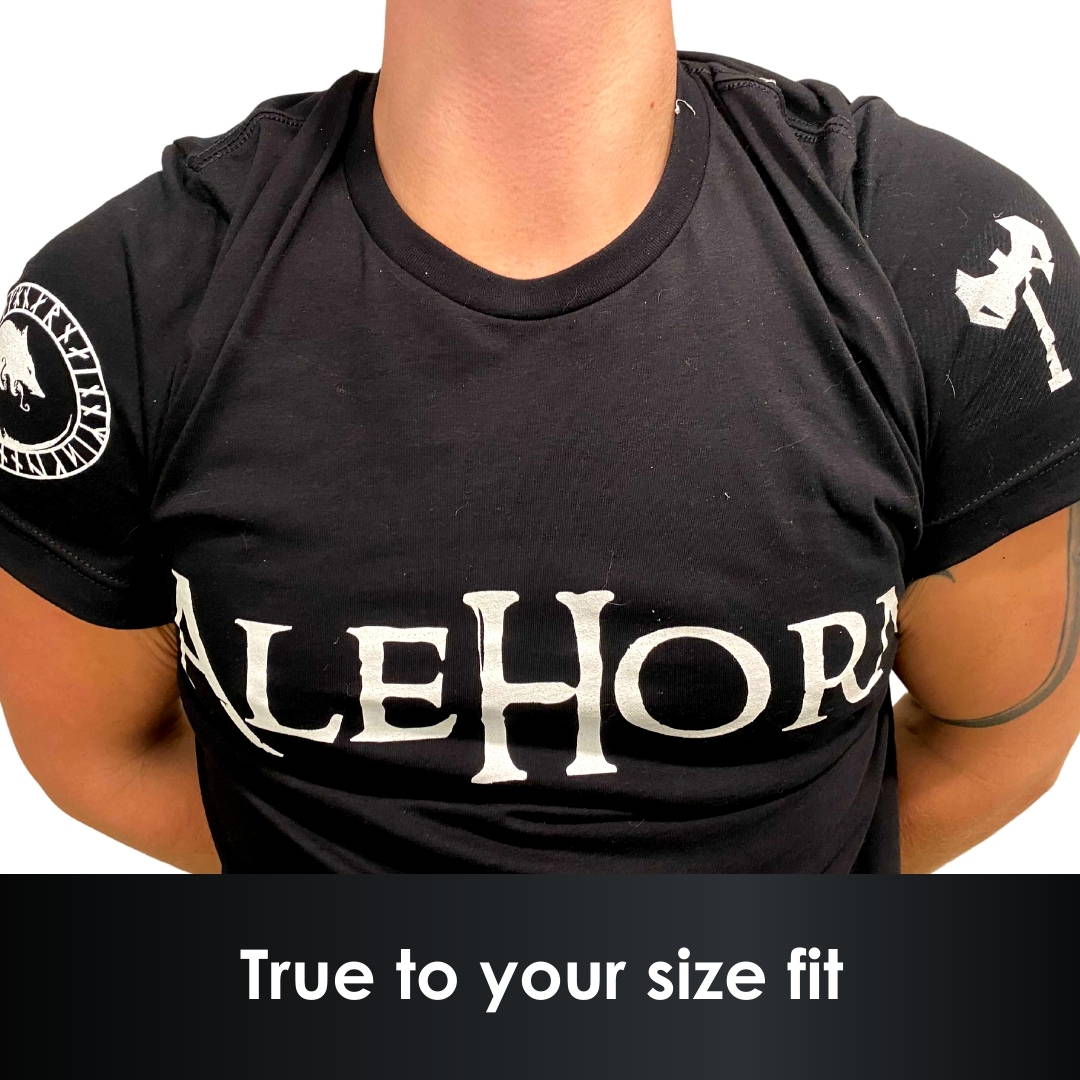 *Avoid dishwasher and super hot liquids. Wash before use.

3 different Norse pendants in either silver or copper.

This Mjölnir pendant is available in solid Copper and Bronze castings and is antiqued to give some "age" to the design. Based on a rune of the hammer of Thor, the great Norse god of thunder. If you're going to wear a tiny weapon around your neck, it should definitely be this one. Mjölnir is the powerful hammer of Thor, the god of thunder, who is also the god of some pretty great other stuff like oak trees and strength.

Our metal troll cross pendant features the curled ironwork symbol that's said to ward off evil trolls and other darkness in the woods. Since iron and steel are feared by folkloric bad guys, this cross work pattern is used to protect animals, humans, and pretty much anything else you want to keep safe from big bad trolls.

About Helm of Awe Pendant

This pendant features the Helm of Awe rune, which is meant to inspire, ya know, awe. This protection symbol features eight spiked arms fanning out from the center, which are meant to instill fear in the hearts any enemy who looks upon you. In the Poetic Edda, the fierce dragon Fafnir is even rendered invincible by the symbol:

The Helm of Awe I wore before the sons of men In defense of my treasure; Amongst all, I alone was strong, I thought to myself, For I found no power a match for my own.

That said, results of gleaning actual protection from our pendant have been inconclusive - but it sure looks cool. It even comes with a leathery cord!

Get your Valhalla Curved Horn
with a holster and Metal stand

About The Valhalla Ox Horn

You will love this Premium Polished Valhalla horn because it is, without doubt, the most sturdy and beautiful of the curved Viking style horns. Your friends will envy you.

These huge, polished, and ethically sourced Ox horn has all of the beauty of nature built right into the grain and color of the product. Though each horn is totally unique and different, they all have a black and white pattern that your eyes crave.

Perfect for displaying your horn in style, our wrought iron metal horn stand is a wonderful addition to your horn display.Add this on for special occasions or to add to a rustic table setting.

Sling your backpack strap, carabiner, or belt through the loop and tighten the laces around your large Viking drinking horn to ensure you’ll never go thirsty while loudly proclaiming your hearty Viking spirit.Metal rivets attach the loop, securing the holster to a belt, bag, or backpack. Adjustable laces allow for a tighter or looser fit.

What Are They Saying?

Review by Jason W. on 15 Feb 2021review stating Great horn!
These tankards will hold an excess amount of toxic masculinity. My beard grows fuller and thicker as I drink from it.

...and holds two beers with room for a proper head. I drink all of my cold drinks from here now. My wife teases me about it. Don’t care.

Amazing. Better than we thought! Really fun to use!